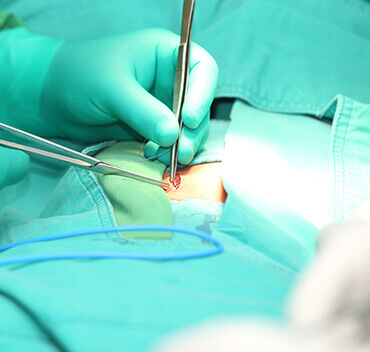 The Mitral Valve is the inflow valve to the main pumping chamber of the heart (left ventricle). If the valve “leaks” then blood returning from the lungs gets pushed back resulting in less forward flow. With large leaks this can result in symptoms of breathlessness and lethargy, and eventually heart failure. The most common cause is from Myxomatous Degeneration (Mitral Valve Prolapse). This condition is well managed with mitral valve repair surgery, with valve replacement very rarely needed. This surgery is done frequently and in many cases can be performed via a small incision under the right breast line instead of the traditional sternal incision.

The mitral valve can also become rigid and scarred resulting in obstruction of forward flow of blood, called Mitral Stenosis. This is the long term result of Rheumatic Fever years before. It is a slowly progressive condition that makes it difficult for blood to get into the left ventricle, resulting in insufficient cardiac output. Early stages can be treated with balloon dilatation of the valve, but as scarring progresses valve replacement becomes necessary.

The mitral valve can be involved by other conditions that either stretch or distort the valve, or, with infections, destroy parts of the valve. Many of these conditions require surgery, either repair or replacement. Mitral valve surgery may be required as part of a combined procedure with aortic or tricuspid valve, coronary artery, or atrial fibrillation surgery.